Chile is one of the few nations to have taken strong action to reduce children’s exposure to unhealthy food advertising.

The new Chilean law requires that all foods high in saturated fat, salt, sugar and/or calories feature a stop-sign warning label (for each nutrient).  Comparison with Australia’s complex web of voluntary and self-regulatory schemes highlights the robust, innovative and comprehensive nature of Chile’s laws.

The Chilean ban applies to any form of marketing, communication, recommendation, propaganda, information or action intended to promote the consumption of a product. The law also encompasses practices that take advantage of children’s natural credulity, such as use of gifts, contests, toys, games and stickers, and even the use of cartoons, characters or animals on product packaging. Importantly, the law extends to advertising that does not relate to a product, such as brand advertising and sponsorship.

Australia’s codes on marketing to children vary in their application to different types of media however there is currently nothing addressing product packaging or the toys that come free with fast food meals. Australian brand promotion and sponsorship of children’s sport is also not covered.

In Chile, an advertisement is considered directed to children where 20% or more of the audience are children under the age of 14. The use of animated characters, children’s voices, cartoons, toys, children’s music, animals, child figures and depictions of situations common to a child’s daily life (such as school) are also considered.

In the food industry codes, an advertisement is ‘directed primarily to children’ in Australia where children represent 35% or more of the audience. In Australia, advertisements that include cartoons, animations or emojis are often not considered advertising to children but instead advertisers say they appeal to an adult’s sense of nostalgia for childhood.

Chile’s use of the warning signs provides clarity on the ‘unhealthy’ products that cannot be advertised to children. In Australia, this is problematic, as food companies come up with their own definition of ‘healthier.’

Chilean law includes a ban on the sale of stop-sign labelled foods in all school canteens, guiding students towards healthier (and more traditional) eating patterns.

The use of the stop signs both in the supermarket and to classify the foods that can be sold in schools and advertised to children provides consumers with a consistent message from the Chilean government as to the harms of such products.

What Australia can learn

It is clear that the Chilean government has demonstrated some serious political courage in legislating to address unhealthy food advertising to children. 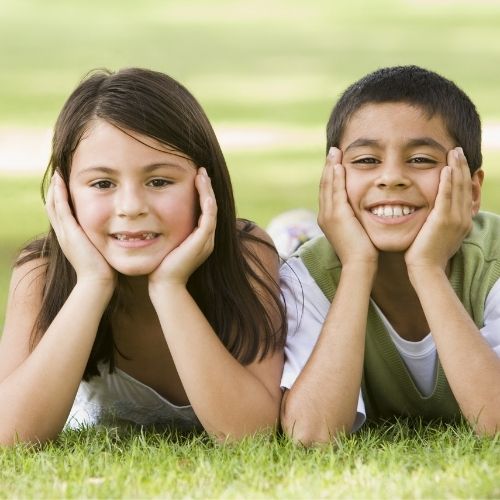