It’s been a challenging year but one thing we can be sure of is the end-of-year announcements from Parents’ Voice of the annual winners of the Fame and Shame Awards.   The Fame and Shame awards call out the dodgy marketing techniques that food companies use to promote their junk food and drink to children.  But it’s not all bad, the awards also applaud ad campaigns that promote healthy food and activity to children.

Whilst some things have been different this year, unfortunately advertising to kids hasn’t gone away.  In fact, this year saw a record number of nominations, pushed along by an increase in digital ads.  Disappointingly, every award category had a digital nominee!  The winner of the Digital Ninja shame award went to KFC for the TikTok #Buckethead Challenge linked to the cricket.

Ads associated with sport took out several shame awards, perhaps because we were all likely to be viewing sport rather than participating.  The Foul Sport shame award went to the Australian Olympic Committee for having unhealthy sponsors Cadbury and Coca-Cola.  McDonald’s took out the Pester Power shame award for their Space Jam themed campaign on the mymacca’s app.

Once again Kellogg’s won the Smoke and Mirrors shame award.  This time for their ad for Oaty Puffs LCM Bars that have almost 20% sugar but were advertised as the ‘snack you don’t have to hide’.  A child-sized Nutella school bus placed conveniently in a supermarket won Ferrero the Bother Boards shame category.

The Hall of Fame awards go to campaigns that do a good job by promoting healthy food and activity to children.  This year, Hort Innovation received an award for the Australian Avocados ‘Our Green Gold’ campaign along with Woolworths for their ‘Green’ ad.  Rebel Sport were recognised for their ‘Dreams Start Here’ campaign promoting physical activity.

The finalists can be viewed on the Parents’ Voice website www.parentsvoice.org.au

Let us know if you see a junk food ad promoting unhealthy food and drink to children!  Send details here. 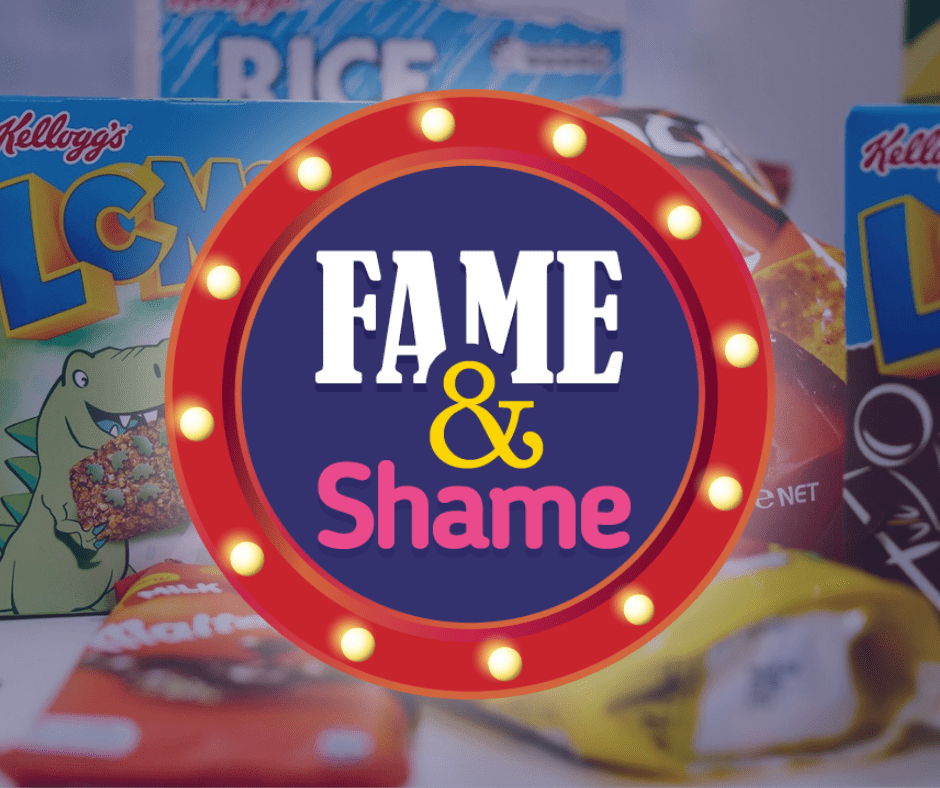